The Assimilation of Bon Marche Liverpool into GH Lee 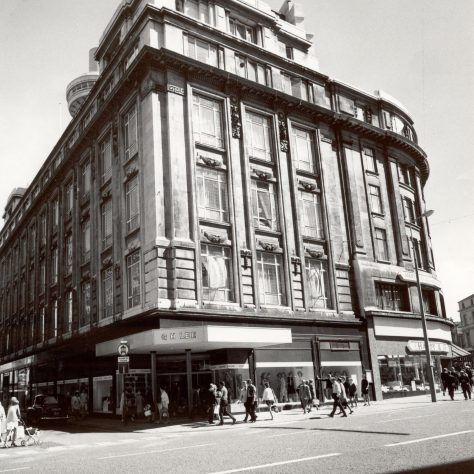 The exterior of GH Lee in 1963. The building in the photo was formerly Bon March Liverpool, before acquisition by the Partnership in 1961 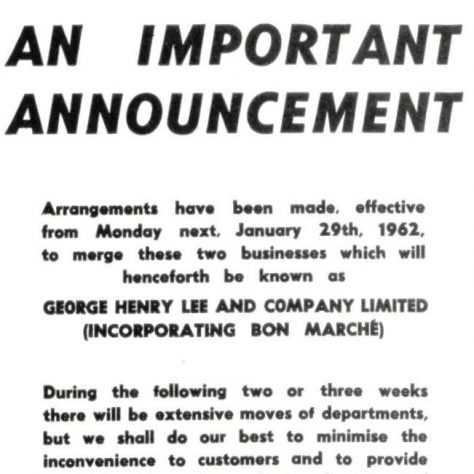 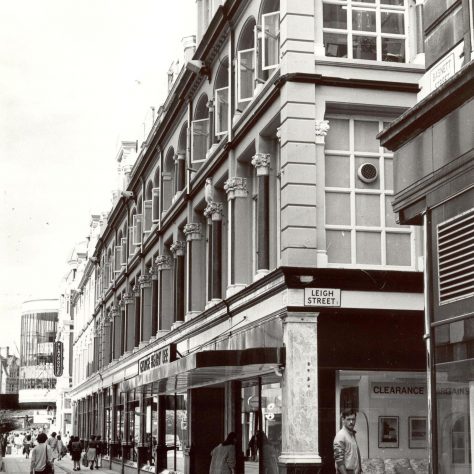 In 1961, the decision was made to merge the Bon Marche store with that of GH Lee. Bon Marche had long been one of GH Lee’s main competitors, and had its very own highly illustrious history. Designed upon the famous Bon Marche in based in Paris, and originally opened to tailor for the emerging middle classes of the late 19th century, original owner David Lewis, of Lewis Ltd, revolutionised trading policy. His colourful advertisements and various publicity stunts attracted the punters in their hoards. Lewis was undeterred by either world war. He used the extra-ordinary conditions of World War Two to further the hype by turning utility styles into fashion, and modernising his store throughout after light bomb damage.

The Partnership makes it their own

By the late 1950’s however, all luck had run out for the store, and it was bought up by the Liverpool Co-operative Society. This proved to be an ultimately fruitless venture, and so, in 1961, it was acquired by the John Lewis Partnership. Upon the purchase of Bon March’, substantial upheaval was immediately planned, a humungous task that involved the entire shakeup of whole selling departments. With the name Bon Marche dropped entirely, a bridge was built to connect both stores over three levels.