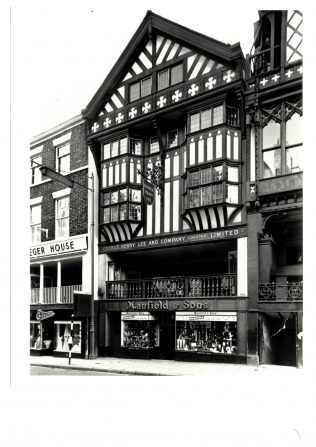 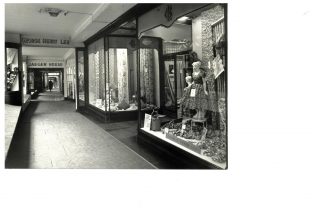 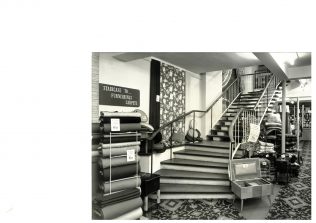 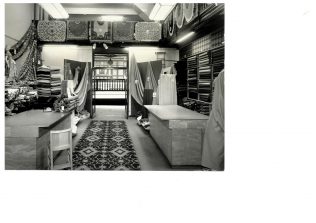 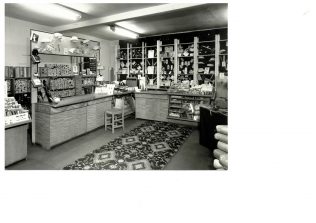 In the Gazette of 16th December 1950, under the heading “Stop Press”, it was announced that the Partnership had ” acquired in Chester a small branch that it intends to use for Piece Goods Trade ( Dress and Furnishings).”

Further explanation about the acquisition was printed in the Gazette of 23rd December 1950.

The Partnership was not acquiring an existing business as a going concern. It was leasing premises which were formerly a mens wear shop, John Smith & Son, which had been established 200 years ago as a Military and Civil Tailors.

The shop was situated on the first and second floor. An ” upper pavement” ran along the first floor from one building to another, reached by stairs from the road level, rather like an arcade. The shop had a 24 ft frontage with two windows facing the first floor pavement. The  depth of the shop was 138 ft. It would form part of the Managing Directorship of G H Lee in Liverpool and a new company would be found, G H Lee (Chester).

In the Gazette of 13th January 1951 a Mr. M.W.Goss was appointed “to act from 29th January as Manager, Chester shop.” He had previously been SM in Woolens at John Lewis before moving to Robert Sayle (Cambridge) as Merchandise Secretary.

In the G H Lee chronicle of 20th January 1951, “An Assistant” wrote an article about the first weeks trade.

They would stop and look at the windows and through the door. “After that it was no mans land!”

He felt that the modernity of the shop was off-putting and that potential customers found it “frightening”.

However “Thursday and Saturday were the days I shall remember. These are market days in Chester and so brought people from the country and Wales. The result was the most hectic rush I have ever experienced- from counter to counter was a mass of shoppers, not just looking but wanting to buy! When the latch went down on Saturday it was a relief to sit down and wade through a pile of bills.”

He reported that it was impossible to give individual attention to the customers but it was a great surprise how “good humoured and understanding” everybody was.

Many enquiries were made about advertised lines and, interestingly, considerable mail order business was done.

“Some of our customers who wanted to tell us about our opening thought it the best thing that had happened in Chester for a long time.”

It was announced in the Gazette of 7th January 1967 that the branch would cease trading on 25th Feb 1967.

Sir Bernard Miller, then the Chairman, stated that considerable structural repair was needed to the building. This expensive work, once completed, would still result in a branch that was difficult to service.

No other premises could be found in the area and so it was with great reluctance that the decision was taken to close it.

It was to be hoped that the vast majority of the 50 Partners working in the branch will be able to find work elsewhere in the partnership.