From Cole Brothers to John Lewis 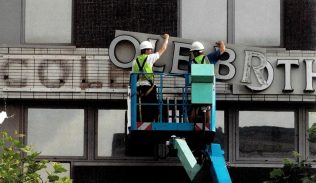 zoom
The historic Cole Brothers signage is removed, and would be replaced by John Lewis Sheffield 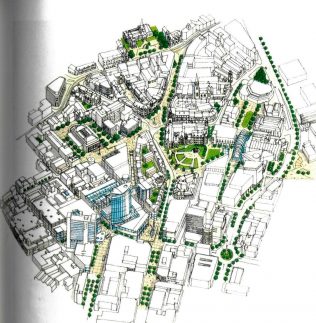 zoom
An aerial view of the new retail quarter for Sheffield

zoom
A photograph of the exterior of John Lewis Sheffield, taken in 2009

Regeneration of a city

Sheffield’s economic fortunes were yet to completely recover. A variety of factors had left it lagging. However a venture between Sheffield City Council, Yorkshire Forward and English Partnerships developed an idea to catapult Sheffield into the twentieth century. The idea: Sheffield One. The premise was to build up the city centre shops, with a new John Lewis Sheffield store as the city’s beating heart. This involved a rebranding of Cole Brothers. A material part of Sheffield’s history was about to be physically removed to make way for the next generation.

New store for the future

On the 15th September 2002, Cole Brothers officially became John Lewis Sheffield. The famous lettering that had adjourned the side of the building since the 19th century had been taken down in the weeks before.The new store was brought into being with a bang. Partners and customers embraced the opening, and in a highly dramatic turn of events, five managers abseiled down the side of the building in full evening dress! It was clear to those present on that Sunday morning that they were witnessing the start of something special.