Cole Brothers at the Turn of the Century 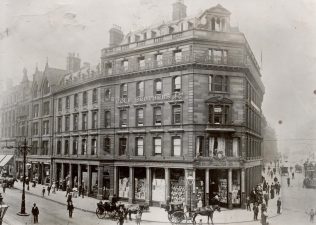 zoom
The famous Coles Corner and the exterior of Cole Brothers 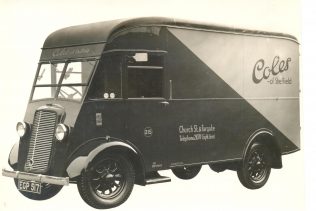 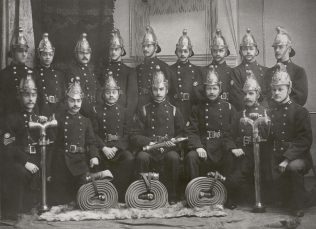 The two Cole sons, Thomas and Thomas Skelton took charge of the business into the new century. Social change in the early twentieth century conformed and shaped shop policy. In 1909, the first women were employed in the shop and offices, a significant step that would pay dividends with the impending arrival of the First World War and the desecration of a generation of men. The shop enjoyed a high profile from the turn of century. Meet you at Coles Corner became an extremely popular local phrase!

Keeping up with technology

1911 saw the arrival of the first motor delivery van, and in 1916, the first cash registers arrived. The store even had its own private fire brigade service! This highlights the extent at which the Cole Brothers were at the forefront of present day technology, and further demonstrates why they were Sheffield’s leading department store. Further expansion, including two additional storeys were added in 1920, before the business was sold on to Selfridges in the same year.

Gordon Selfridge was an American businessman, who at the time of taking over Cole Brothers, had been head of the well known store Selfridges of London for ten years. Selfridge turned Cole Brothers into one of his Provincial stores, part of Selfridge Provincial Stores Limited, created in 1926. A family link to Cole Brothers was retained, as two members of the family became managers.

Selfridge turned the atmosphere of the business on its head. Gone were the formalities put in place by the Coles in the 1880’s. Up to the beginning of World War One, prayers were still spoken every morning before any trading was allowed to be done! With Selfridge on board, public displays of drama and flair suddenly became the order of the day.

Under Selfridge’s directorship, sales figures continued to rise and further extensions were added. Staff training programs were introduced in 1924. The shop revelled in its own extravagance. For example, famed long distance pilot Amy Johnson’s plane was put on exhibition in the front window of Coles. However, the growing threat of the Second World War encouraged Selfridge to return to America and shelve the SPS’s. This paved the way for the subsequent takeover of Cole Brothers and others by the John Lewis Partnership in 1940.