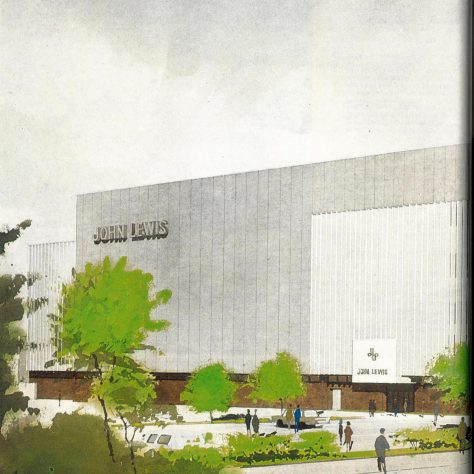 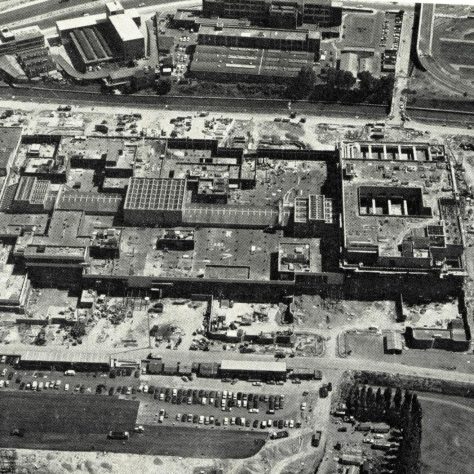 An overhead image of the Brent Cross construction site. John Lewis Brent Cross can be located on the right hand side of this particular photograph 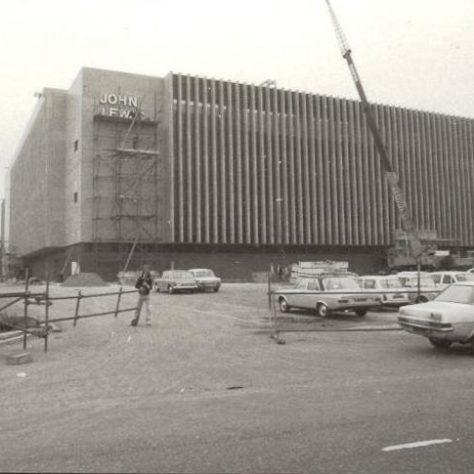 The name being erected upon the side of John Lewis Brent Cross, soon before opening

The John Lewis department store would be situated on the far right wing of the shopping centre, operating in one of the biggest and best locations available. John Lewis Brent Cross was to be the proud owner of two brand new and unique concepts. The first was a roof garden open to Partners. The second was a wine bar. The success of these concepts could determine whether such features would become available in other suitable locations across the Partnership. And clearly, with particular reference to the wine bar, it was almost certain to be a success.

In the far left wing, operating from underneath another anchor department store, Waitrose Brent Cross, would provide shoppers with the very best edible goods. Together the two Partnership stores would occupy over a quarter of the shopping centre’s selling space.

By 1974, initial construction was well underway. Progress was rapid. In 1975, the shop was handed over to the Partnership, so that all internal fittings could be done.With construction of the Shopping Centre and the department running fairly smoothly, by January 1976 preparations were being made for the grand opening.