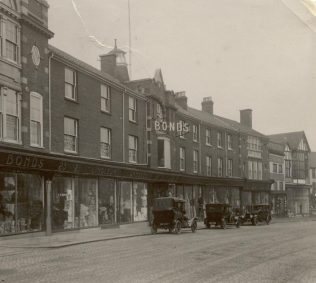 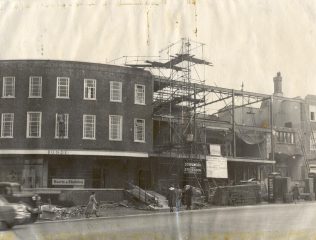 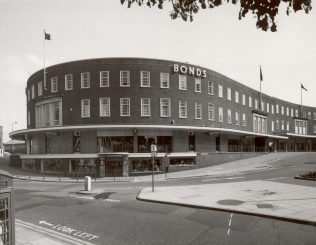 In the years following the war, Bonds focused on the rebuilding of the shop on the old premises. With a new building came a new company ethos. Ber Street and the Bonds premises were based away from the city centre. It was decided that Bonds could no longer compete with the bulk buying chain stores that were now being erected in the centre. A shift to the provision of quality and individuality of merchandise was proposed, a move that would attract customers from all over the county. This decision set Bonds on the path that would culminate in the takeover of the store by the John Lewis Partnership in the 1980’s.

Rebuilding was complete by the early 1950’s. Norwich now had its very own, family run department store.

In the 1960’s, Bonds took over two existing stores and their stock, a menswear company called Greens in the Haymarket and Cluttens, a drapers in East Dereham. This exemplified how far the business had come in the short space of time after the war. Ernest Bond died soon afterwards in 1963, at the age of 83.

In 1979, the department store celebrated its centenary. The main premises had recently undergone their own massive expansion, featuring a two-storey extension and a brand new restaurant. The centenary celebrations were lavish. And with good reason, for the turnaround since the late forties was spectacular.

However, the celebrations were actually masking growing financial concerns from within the business. Expansion had been costly, and losses were growing.