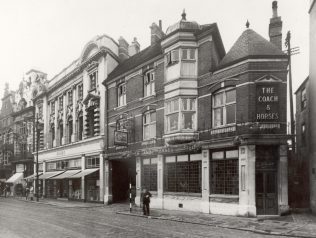 zoom
Bonds Orford Place. The location picked by Bonds as a temporary location after the bombing of the original shop 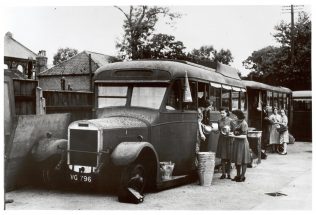 zoom
The wreckage of Bonds after the bombing

Victim of the Baedeker Raids

Despite a peaceful first couple of years during the year, with the commencement of the Blitz, things took a dramatic turn for the worst for Bonds. In 1942, Norwich was subject to two bombing raids that reeked absolute devastation. As part of the Baedeker Raids, the Nazis bombed places of historical interest. These were cities of picturesque significance rather than of military importance, and were identified according to The ‘Baedeker Tourist Guide to Britain’, a largely read German travel book. Unfortunately for Norwich, it was a sitting target. On 27 and 29 April, the bombs rained down.

Injury and loss was widespread. 16 people were killed, 117 private houses perished, and 30 shops and offices were destroyed. Bonds was one of these, utterly razed to the ground, along with most of All Saints Green. It is impossible to comprehend what such devastation must have felt like, the pictures below are but a simple indication of what happened during those two days.

Selling stock from a bus

Determined not to sit and mourn his losses, Ernest Bond started trading again just two days after the destruction. Having salvaged as much sellable stock from the ashes as possible, he started operating from a group of buses in the former car-park of the original premises. The misery for the Bond Family was not quite over. In 1944, William Bond died. Business was such that eventually Bond could move to properties bought in Orford Place and Thorpe Road. By 1946, the rebuilding of Bonds on its original premises could begin.